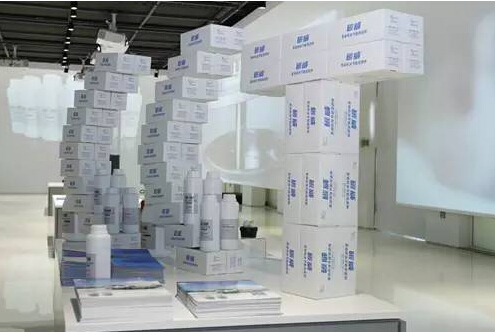 Carbon Power exhibits at the press conference
On the afternoon of June 30, Beijing Carbon Century Technology Co., Ltd. (hereinafter referred to as â€œCarbon Centuryâ€) officially released a graphene engine oil energy-saving improver, Carbon Power, which was developed and produced by the company. According to the Carbon Century staff, this product has been put into production line, and some have found downstream cooperative enterprises, which will be applied to automobiles, ships, engineering and various types of machinery and equipment.
"Don't ignore a small bottle of engine oil energy-saving improver. Once out of the factory, it will bring broad market demand and huge scale benefits." Carbon Century founder Yan Liqun said.
It is understood that the addition of carbon to the engine oil of the car can achieve an average fuel saving of 7% to 8%, and has superior wear resistance, and can form a protective layer of carbon atom on the friction surface of the automobile engine. It will produce a lot of carbon nanospheres, which will help to greatly reduce the friction coefficient.
Since the discovery of graphene in 2004, China's research in the field of graphene technology is not lagging behind in developed countries, and its resource reserves are abundant. It has excellent conditions for industrial production and application of graphene products in batches. But as of now, it has not been applied to the industrial application level.
The reporter interviewed and learned that only doing materials and not doing market is a long-standing problem in the graphene industry, and the research direction is far from the market application, which leads to the disconnection between the two. The initial development of graphene used mechanical stripping, the cost is high, and the scope of consumption has been limited to scientific research institutions.
In the carbon century, the macro-preparation technology of single-layer carbon atom materials began to be studied in 2011. At the beginning of 2014, the team established a demonstration line of small-scale single-layer carbon atom materials (graphene), which broke the long-term graphene industry. The phenomenon of â€œonly seeking materials and not applying for applicationâ€ aims at the development of the downstream market.
In 2013, the Carbon Century Technology team successfully developed the above products and began testing different types of small cars, large cars, gasoline engines and diesel engines. The test selected 7 cars, 3 medium-sized cars and 14 heavy-duty trucks for actual road test. It lasted for 1 year and a half and totaled 990,000 kilometers. The results showed that all the vehicles in the test have improved power performance and fuel economy. The amount can reach 10%.
â€œGraphene as a new material, it takes a long process from the laboratory to the consumer market. Carbon Century is willing to be the world's first graphene industrial application enterprise, achieving a process from 0 to 1.â€ Yan Liqun said Carbon Century Positioning is a technology export platform. The ultimate goal is to seek downstream applications and make the graphene industry truly land by manufacturing products that are closely related to people's lives.


Optical Brightener Dyes is a fluorescent dye, or called white dye, is a complex organic compound. Its characteristic is to stimulate the incident light to produce fluorescence, so that the dye material to achieve similar fluorspar glittering effect, so that the naked eye can see is white matter, reach whitening effect.
Fluorescent brightener is a colorless and under ultraviolet light can excite fluorescence of organic compounds, which can improve the whiteness and glossy material. About 15 kinds of fluorescent brighteners basic structure types, nearly 400 kinds of structures. Widely used in various fields and Paper, textiles, detergents and the like.