Research and design of self-tuning fuzzy control AC motor speed regulator for application and design Xu Yangming, Xu Jiren, Wang Keren, Wang Yu (School of Electronic Engineering, Hefei 230037, China) Rate design program, given the hardware circuit of the implementation program and The software program block diagram is given at the same time. When using, can set the potentiometer resistor size, and through the A / D input microcontroller to preset speed; microcontroller through the synchronization circuit and 220V AC power supply synchronization, and through the output pulse control thyristor on and off, thereby controlling the motor speed, At the same time, the speed of the motivation of the electrical circuit structure schematic is fed back to the single-chip microcomputer through the speed detection device (Hall switch) to form a closed loop.

The function principle of 22 single-chip microcomputer circuit The functional schematic diagram of the one-chip computer circuit in this design is shown as. It consists of a 5V DC secondary power supply and 220V AC mains, a microcontroller, a bidirectional thyristor switch, a motor rectification circuit, and a Hall switch. Among them, the pin 1 of the one-chip computer (Vdl) connects +5V, the foot 8 (Vss) is earthed, the function and design of other pin are as follows: GP3 is used for power-on reset. At the instant of power on, C3 charges through R2 and GP3 triggers with a low level after delay. The size of the delay is related to the frequency of the CPU. For the PIC12F675 microcontroller, the delay is longer than 72ms. The resistance outside GP3 can choose 1kfi, the electric capacity should be greater than 0.1UF. The function of diode D2 is to guarantee C3 electric capacity can discharge in time when the power is turned on and off quickly.

GP4 is mainly used for speed information input. The external potentiometer R1 is used to input a level for GP4 (the function of GP4 here is a 10-bit A/D converter). This input level is used to input a preset speed to the microcontroller after A/D conversion. Compare this speed with the actual speed and calculate the speed deviation. Then look up the table or use the algorithm to get the delay T. The resistance of the potentiometer R1 should be large (around 1(1)kfi) to reduce the load pressure of the 5V secondary power supply.

The current of the power supply is not very stable. Therefore, to ensure the accuracy of the delay T (1), it should be synchronized through the R5 input AC signal. The function of GP2 here is also the A/D converter, which can convert the AC signal input through R5 into Digital signal: The resistance of R5 should be about 1Mfi, because R5 is directly connected to the 220V AC power supply, and the input current of the microcontroller cannot be too large.

(4) Input the motor speed signal generated by the Hall device through GP0.

The Hall switch is a semiconductor sensor used for magnetic field detection. The actual wiring diagram of the Hall switch is as shown. Pin 1 of the PIC12F675 is connected to a 5V DC power supply, pin 2 is grounded, and pin 3 outputs a frequency pulse to the GP0 pin of the microcontroller.

In normal operation, the Hall switch is placed in a magnetic field in the motor that changes in periodic strength and direction. The size of the output voltage varies with the intensity of the magnetic field of the semiconductor sheet vertically passing through the Hall switch. The Hall switch has two types, a current type and a switch type. The current type Hall switch outputs an analog signal, which can completely include the change of the magnetic flux. The switch type Hall switch can directly output the digital signal because of the integrated comparator. This digital design is undoubtedly the most convenient. If the current mode is used, since the PIC12F675 is a full-featured PIC12F675 microcontroller with its own comparator, a threshold level (divided by two resistors) on the GP1 pin is passed through the microcontroller's internal comparator and the GP0 pin. The comparison of the rotational speed analog signal can also realize signal detection.

Since the actual Hall switch is connected to the coil of the motor, it is relatively difficult to manually modify the motor. Therefore, in order to facilitate the demonstration, the design can use a frequency pulse signal generated by a multi-vibrator designed by the 555 timer to replace the output signal of the Hall switch.

(5) The low-level pulse output from the GP5 pin is used to trigger the triac thyristor switch. The time for which the pin outputs a low-level pulse is determined by the delay Td. To ensure synchronization with the main power supply, the phase can be moved back and forth smoothly. The low pulse on the GP5 pin keeps the bidirectional thyristor switch on until the 220V power supply is reversed.

In addition, in practical applications, the requirements of the triac thyristor switch to the trigger circuit are as follows: The triac thyristor switch needs a certain time (usually under 10US) from the off-time to the full on-state, so the width of the trigger pulse should be more than 10us. 20~5 (Us. If it is an inductive load, since the current rises slowly, a wider pulse width is actually needed.

The trigger circuit must have enough voltage and current. The voltage should be 4~10V and the current should be greater than 10mA, so 5V secondary power supply can be used. A 0.2kD resistor should be connected between the bidirectional thyristor switch and GP5.

3 The realization of the software is the timing chart of the waveforms of the speed and the detection signal in this design, and it is the software program flowchart of this design scheme. The main steps of this program are to reset, initialize, set the GP2 rising edge interrupt, set the A/D channel GP4, read the potentiometer setting speed value n (n passes A/D) and read the Td preset value. When the AC power is turned into a negative half cycle, setting GP2 falling edge trigger and delaying Td can output the pulse with the width Tg, and set GP0 to receive the interrupt source request. Generally when the Hall switch input is at the rising edge, it is interrupted and the counter counts. When the Hall switch re-enters a rising edge interrupt, the counter stops, and the value a is recorded. Finally, the flow is calculated through the software program flowchart of the proportional integral control algorithm. After the delay Td, clear n and a. When the AC power becomes positive half cycle, after setting the GP2 rising edge trigger, setting the A/D channel GP4, waiting for interrupt, compensation delay T., delay Td and trigger pulse Tg, The setting speed can be read by GP4. n The program cycle with positive and negative cycles at design time. The calculation of the speed s by the value of the counter a is as follows: where f is the frequency of the 16-bit counter 1 and is 1 MHz. In fact, the calculation of the delay td by the microcontroller by n and a requires an accurate algorithm. The digital adjustment algorithm generally selects the PI algorithm, which is the most widely used form of control in industrial process control. Its role is to be able to integrate the rapid adjustment of the proportional adjustment and the elimination of the static adjustment of the integral action, thus improving the static and dynamic characteristics of the system.

4 Conclusions The simple and easy-to-operate motor governor designed in this paper solves the operational efficiency problem of the motor and is relatively simple and practical. However, there are also some areas for improvement, especially in software, which also need to be enhanced to improve the efficiency and accuracy of the algorithm.

Packing, storage& transportation precautions
a) Packing:
- Inner polyethylene film bag and outer plastic coated triad compound bag
- 25Kg each bag;
b) Storage& Transportation:
-No damage during the transportation.
-Protect from humidity, rain, sunlight, damp and wet.
-Put in dry and ventilated place During storage.
- Remainder must be promptly sealed and packed to prohibit from wet. 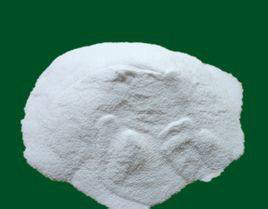